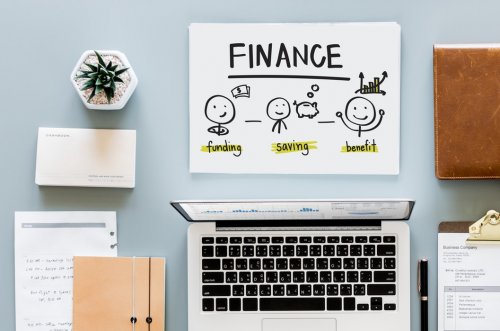 In 2019, there will be several political and economic factors that will continue to impact Sydney’s property market, according to a leading real estate CEO.

The impending NSW state and federal elections in the first half of the year will heavily impact market conditions. If history teaches us anything, it is that when it comes to elections, people tend to sit on their hands.

Uncertainty about changes in policy, such as Labor’s proposal to limit negative gearing tax breaks to new investments and halve the capital gains tax, will cause an extended period of stagnation.

The Federal Government also has a difficult challenge in early 2019 to implement the recommendations from the banking royal commission. It is a genuine balancing act, as the Government needs to ensure future prudence, but also ensure that people are able to easily access credit.

It was not that long ago that first home buyers were sidelined in the property market and denounced by some commentators for their spending habits, despite the myriad economic and political forces at play that were locking them out.

In 2018 the landscape has changed: the fiscal stimulus was introduced to assist them, and simultaneously, macroprudential measures were introduced to limit investor activity, which has led to less competition and a subsequent correction in prices.

First home buyers now account for approximately 25 per cent of all property purchases across our network, and with less investor activity, I fear the State Government may consider this job done.

Any removal of concessions, however, would send the market into a spin, as many first home buyers would then not be able to afford to buy, and with fewer investors and fewer owner-occupiers, who is left to purchase property? All the pieces of the puzzle are currently in place for first home buyers, and it should stay that way in 2019.

As property prices continue to fall, banks will become more prudent and low-ball buyers on valuations. We are already seeing many off-the-plan apartments that were bought 12-18 months ago now worth five to 10 per cent less than the original purchase price.

Anyone who is struggling to secure lending should contest the valuation. It is possible to request a second opinion, or alternatively, provide extensive comparative evidence for similar properties that have sold in the area.

The Reserve Bank of Australia has left interest rates unchanged for more than two years. Stagnant wage growth and a slowing market are keeping rates down, and it is unlikely we will see a change in the first half of 2019, which is good news for property owners.

Beyond that, it is very difficult to say, as a few days in politics and economics is a long time, let alone a few months.

While it may not be in the first half of next year, Australia’s record-low interest rates will change. It is advisable that homeowners pay down as much debt as they can while we have this advantageous environment.

Accountants and banks will also be encouraging people to pay down debts before rates rise. Paying an additional $150 a month on a $600,000 loan could save a homeowner more than $10,000[1] – and they will pay their debt down a year faster.

I encourage anyone with disposable income to make a dent in their debt while they can.

Fewer people will go to auction in 2019, as they fear the embarrassment of their property passing in. Auction clearance rates are likely to hover around 50 per cent next year.

However, the instant nature of the reporting of auction clearance rates is not always an accurate market barometer.

Sellers need to trust the auction process and know that several properties also sell before and after the actual auction day.

While historically house prices and rental performance have often been diametrically opposed, the current market does not really benefit either.

While apartment development has been high over the last three to five years, half of these properties were snapped up by investors.

With the market becoming more competitive, renters have more choice, and therefore, landlords need to be ultra-realistic with the prices they set.

It may be tempting to try to wait for the right rental price, but investors need to listen to their agent’s advice next year, as holding out when there is no other interest could mean losing a month’s rent.

Investors that have entered the market without a buffer may even be forced to sell in 2019 because they may not be able to balance the books.