A brief history of the Peninsula 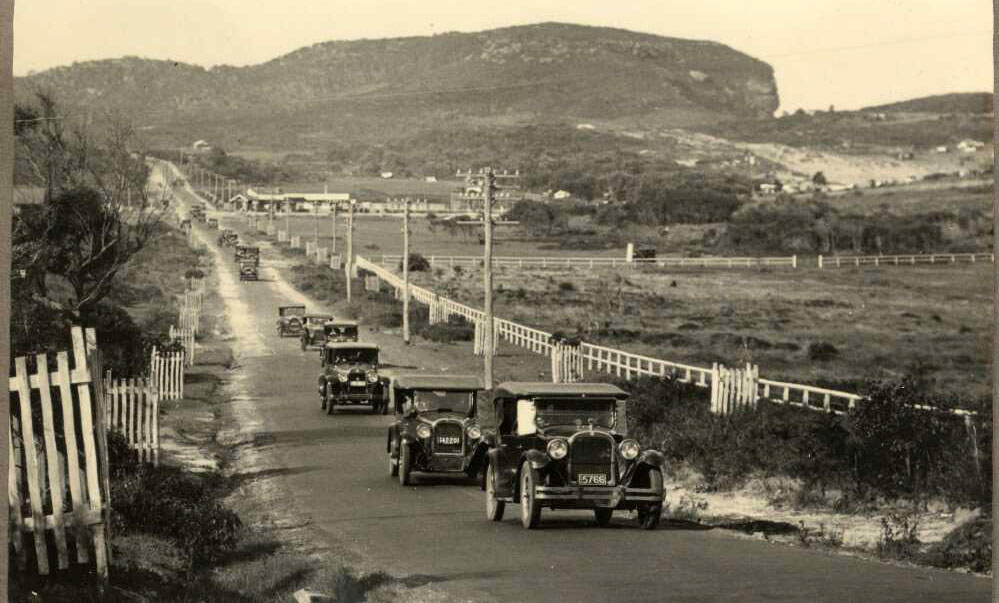 A brief history of the Peninsula

How much do you know about the early days of Avalon, Palm Beach, Clareville and the surrounding areas on the Peninsula?

The slopes and shores of Palm Beach, Avalon, Clareville, Bilgola and Newport are known for being some of the most beautiful parts of Sydney. The lifestyle is enviable, the people are friendly and we have the benefit of access to stunning bush land and crystal clear waters.

Lately, I have been researching the history of the area and how it came to be the jewel in the crown of the Northern Beaches. There is so much to learn about the early days of European settlement and the times before.

Rewind a few thousand years and the Peninsula and Pittwater were home to the Garigal people – an Aboriginal tribe who spoke a language known as Guringai or Kuringgai. This language gives its name to the Ku-ring gai National Park to the north of Sydney, and the annual Guringai festival, which celebrates Aboriginal culture in northern Sydney.

The Garigal’s first recorded interaction with Europeans was in 1770 when Governor Phillip sailed his ship, The Sirius, from Port Jackson to Broken Bay in search of land suitable for cultivation.

The original Aboriginal inhabitants of the Peninsula suffered greatly from smallpox in 1789 and the death rate was estimated to be from 50 to 90 per cent. Starting from around 1810, the remaining Garigal were displaced from their land by European settlers as the area was cleared and Pittwater became a farming district.

Original Aboriginal cave drawings, rock engravings, burial sites, and axe-grinding grooves are preserved within the Ku-ring gai National Park. You can take one of the heritage walking tracks to view them and try to imagine what the life of the traditional land owners was like for thousands of years.

Did you know Pitt Water was one of the first places in Australia to be named? It was officially given its moniker in 1788 after the UK Prime Minister at the time – William Pitt the Younger. Palm Beach was named in the 1790s after the cabbage tree palms, which grew in the area.

Palm Beach and Pittwater were named over 100 years before other Peninsula suburbs. Avalon was named in 1921 by a land developer after the mythical Avalon – the legendary place where King Arthur’s sword Excalibur was forged, and where he was later taken to recover from his wounds after battle. Before this, the area was known as the rather less romantic ‘Priest’s Flat’.

During colonial times, life on the Peninsula revolved around farming and the timber industry. It was usual practice for land to be granted to settlers working in these industries. The first land grant of 400 acres covering Palm Beach, Barrenjoey and most of Whale Beach was given to a man named James Napper in 1816. Imagine what that would be worth now, had he held on to it!

In those days, living on the Peninsula was hard work due to its distance from the bustling Sydney Town. Access to the area was mostly via the water, with boats transporting settlers and farm produce to and from Sydney operating regularly from 1793.

The earliest recorded European settler in the area was Pat Flynn. He was a keen gardener who built a vegetable garden in 1804 below Observation Point and supplied passing ships with his produce.

In 1843 a customs house was built at Barrenjoey Head. One of the first jobs of the officers there was to build a track to the headland to monitor smuggled goods being brought in by ship to Broken Bay. These goods included rum, brandy, and tobacco. The so-called ‘Smugglers Track’ is now a popular walking trail to Barrenjoey Lighthouse.

Customs House continued to be an important building in the area throughout the 19th century. A telegraph connection was added in 1869 and the building became a post office in 1871. The area’s first school was opened in 1872.

The early days of Palm Beach

Palm Beach was subdivided in 1911 into residential blocks, with houses built from local sandstone. Residents and visitors enjoyed recreational activities including fishing, sailing, golf, and rowing.

Between 1900 and 1930, Palm Beach became known as the Riviera of Australia. The demand for seaside living rose sharply after the prohibition on seaside bathing was lifted after 1910.

As a difficult to access outpost of Sydney, Palm Beach and the other suburbs north of Mona Vale were slow to be populated. They retained their village atmosphere during the 1950s and beyond, and were mostly holiday destinations for Sydney-siders looking for a break.

As Sydney’s population grew and infrastructure became more reliable, more people looked to the upper northern beaches as a place to settle and live.

Instead of farmers, the suburbs now mostly host professionals. Many work from home when they can, a great excuse to squeeze in a morning surf before firing up the laptop.

It is strange to think of these sought-after Sydney suburbs as being former outposts, where residents toiled and worked hard to survive. Now, they are associated with the good life thanks to the long-held village atmosphere and peaceful surroundings.

Special thanks to Alison Guesdon from Pittwater Online News for the historical photo of 1930’s Avalon.

Looking to buy or sell your part of Peninsula history? Get in touch with One Agency Ireland today.

As Principal of Bespoke Property Co in Avalon Beach, I’m passionate about both running the real estate agency and being an active selling agent. Combining my extensive property background with a commitment to providing a premium service, I offer home sellers and property investors in-depth advice, such as low-cost home improvements to strategies that will maximise your sales result. If you are looking for a down-to-earth, passionate and detail oriented real estate team, let’s connect!